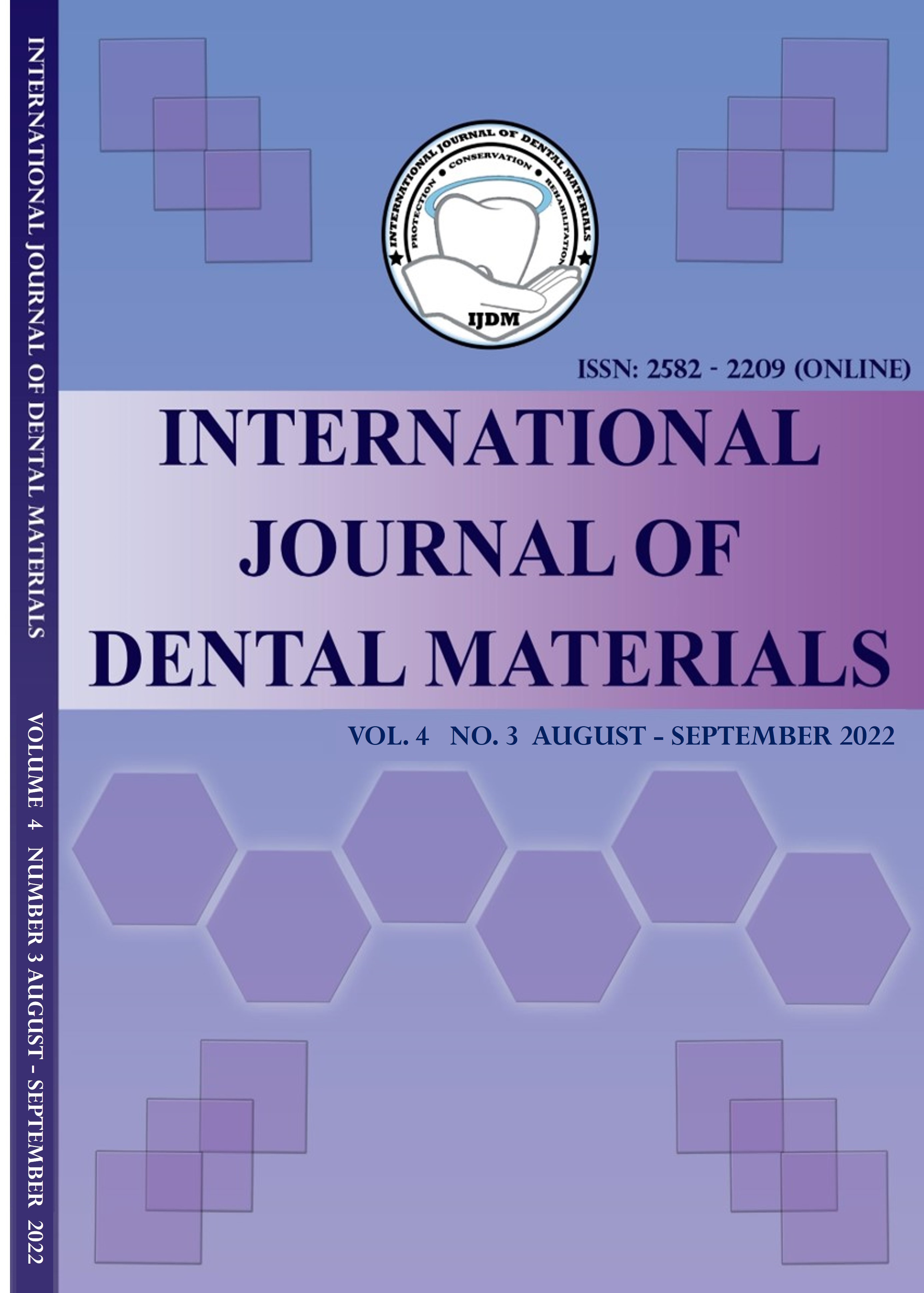 Background: A fine balancing of geometric concepts and artistic abilities is required while designing smiles. One of the key elements that make up the smile frame is tooth size. The maxillary front teeth are the most noticeable in the smile arch, therefore choosing the right tooth size and positioning it in the maxilla improves both aesthetics and treatment outcomes.

Aim: This study aimed to compare the dimensions of maxillary anterior teeth measured with vernier callipers and CHU proportion gauge with facial proportions such as intercanthal distance, interalar width and bizygomatic width.

Materials and Methods: On a sample of 100, Facial proportions, mesiodistal width, and height of maxillary anterior teeth were recorded using digital callipers and a Chu proportion gauge. The recorded data were subjected to statistical analysis. Mean comparisons of each width were done using a t-test, ANOVA and Tukey’s Post-hoc test considering a p-value less than 0.05 to be statistically significant.

Conclusions: This study reported a negligible 0.7 difference in the means of the combined width of anteriors calculated using Chu gauge and Vernier Callipers. Hence, these two methods can be used as alternatives to calculate the width of anterior teeth.