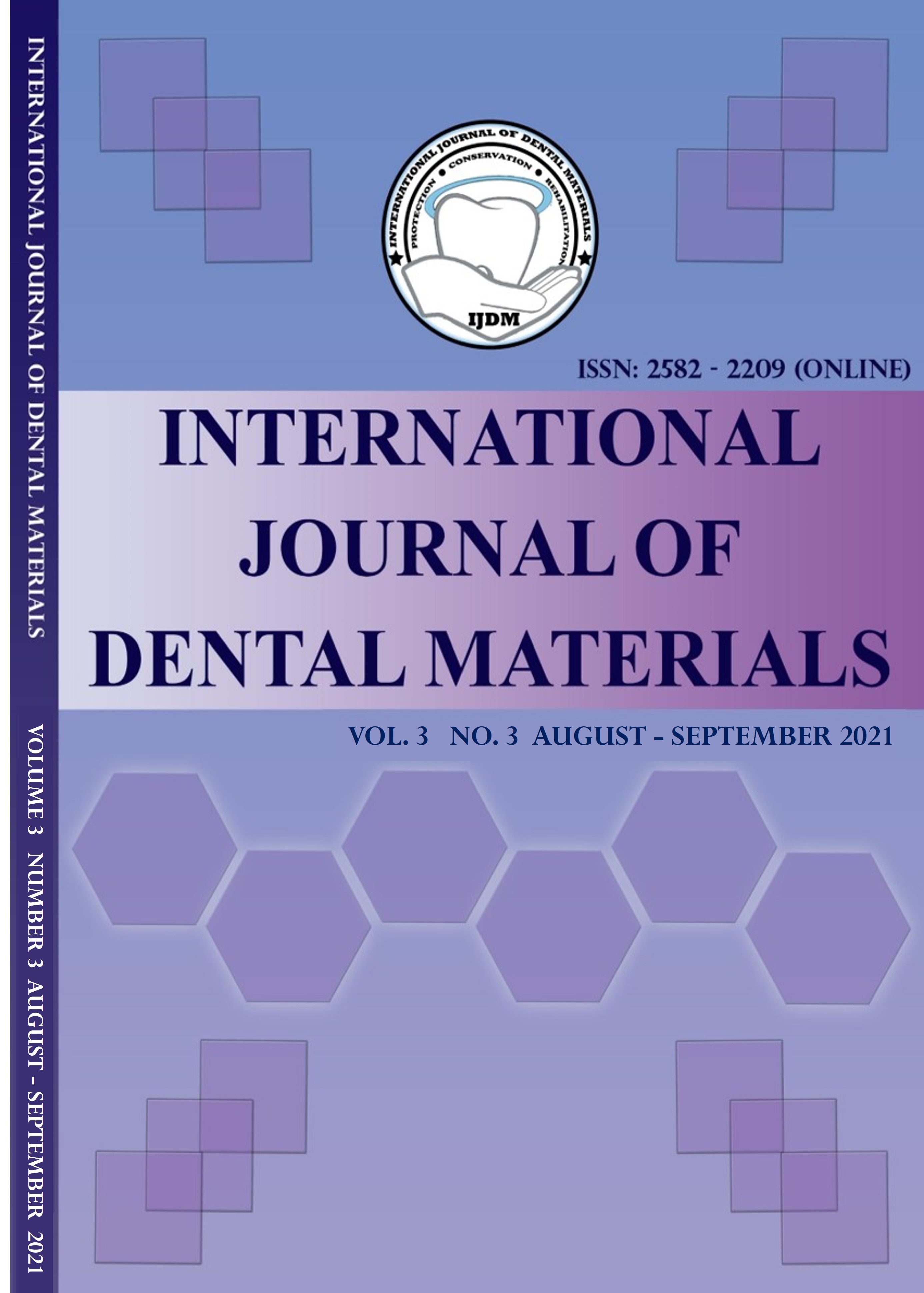 Background: Restoring Endodontically treated teeth (ETT) can be challenging for most dentists, particularly when a significant tooth structure is lost. Depending on the coronal tooth structure remaining and the technique used (direct or indirect), endodontic anchorage can involve either a cast post and core or a prefabricated post.

Materials and methods:  A total of forty-eight single-rooted maxillary central incisors were selected. All the samples were decoronated 2mm above the CEJ and endodontically treated. Post-space preparation was done for all the samples using peesoreamers ranging in size from 1-3.  The samples were then randomly divided into four groups (n=12) based on the different angulations, i.e., the angle between the core and the long axis of the root, with 0°, 5°, 10°, and 15° angulations, respectively. The fit of each post in the root canal was verified. Before cementation, the coronal part of each post was bent according to their respective groups. Dual-cure resin cement was used for luting the posts and cured subsequently. The fracture resistance of all the samples was evaluated using the universal testing machine after they were mounted in self-cure acrylic resin blocks. The data were analysed using One- way ANOVA and Tukey’s post-hoc test.

Results: Group I exhibited the highest mean fracture resistance compared to other groups. However, One-way ANOVA showed no significant differences (p=0.161) between the four groups.

Conclusion: Everstick fibre posts are a preferable alternative for maxillary central incisors with core angulations up to 15° between coronal and radicular segments as they provide better fracture resistance with a more favourable stress distribution.