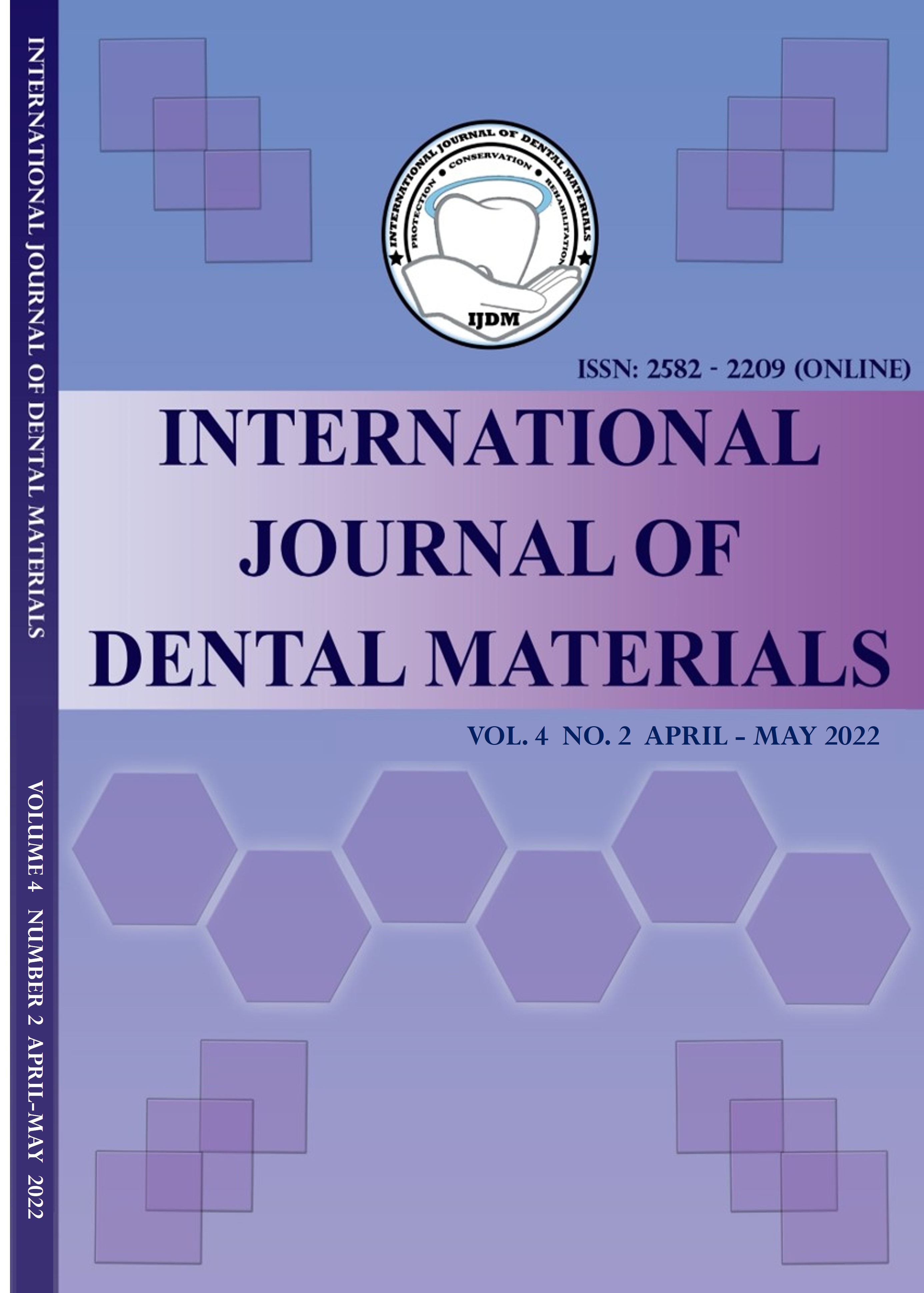 Background: Restoration of teeth after endodontic treatment is becoming an integral part of reconstructive dentistry.

Aim: The aim of this study was to evaluate the effect of different core build-up materials on fracture resistance of endodontically treated teeth.

Materials and methods: Freshly extracted forty permanent mandibular first molars were selected. Standardized access cavities were prepared, following which mesial canals were prepared up to F2 (8%25) and distal canals up to F3 (9%30) and obturated. The coronal portion of the specimen was altered by removing the mesial wall and retaining buccal, lingual and mesial walls of 2mm and distal 5mm girth. Ten specimens each were rehabilitated with high copper amalgam, type IX GIC, posterior composite and Alkasite as core build-ups. All the specimens were finally rehabilitated with a metal crown. The specimens were tested for fracture resistance using a universal testing machine under oblique (135o to the long axis of teeth) cyclic loading. The number of cycles taken to fracture and the fracture site was recorded. The results of mechanical cyclic loading to evaluate fracture resistance showed that composite core endured the maximum number of cycles to fracture followed by amalgam, Alkasite and type IX GIC.

To test the statistical significance of the difference in mean value KIC among four groups, Kruskal-Wallis one-way analysis of variance was applied. Bonferroni’s multiple comparison test was performed to determine which group significantly differed from the others.

Results: From the results of this study, the composite was considered to be the best core build-up material. The newer material, Alkasite can bear stress almost to that of amalgam restoration.

Conclusion: This study suggests that Alkasite could be used as a core material for restoring the endodontically treated teeth.